You mean to tell me this blog has been in a coma since 2014? 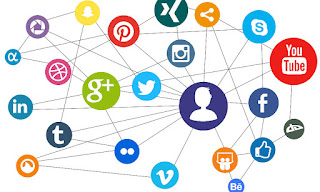 It's not so much that I have not had anything to say, but rather, like so many others, social media sites like Facebook, Instagram, Twitter, LinkedIn, YouTube, Snapchat, TicTok, Vine (RIP Vine 2013-2017), Periscope, Kiwi, WhatsApp, etc. have become the places to offer opinion and healthy debate and discourse.
I kid.
They are largely cesspools of trollery and bigotry, with the occasional cute baby or cat video to sooth the mind.
Further, bloggers have largely gone the audio/video route rather than this old-fashioned typing of words upon a screen.
Anyway, let us get to the point of this post.  This semester among other courses, I'm teaching New Media Production at Pennsylvania Highlands Community College.
This is a setup for a bonus question on the course final exam.
Let us have a discussion of social media and blogging in general (whether written, spoken, or shared visually).  For any of my students in the New Media Production class, commenting here will result in some bonus points on your final.

It would appear some site maintenance is needed

Day By Day appears to have done some changes to the embed code. I'll get right on fixing it.

Partly Internet archeology, this YouTube video from 2007 offers some advice that remains valid in today's world.

This clip is distributed by Common Craft.

Uploaded on Nov 29, 2007
http://commoncraft.com A video for people who wonder why blogs are such a big deal.
This video comes in an unbranded "presentation quality" version that can be licensed for use in the workplace.http://www.commoncraft.com/store-item...

Getting your attention in under two seconds

The headline above may or may not have enticed you to see why I have resumed posting here after a brief hiatus of only 32 months and change.
This post and several more will discuss the, to paraphrase Robert Heinlein,  shameful act of blogging. 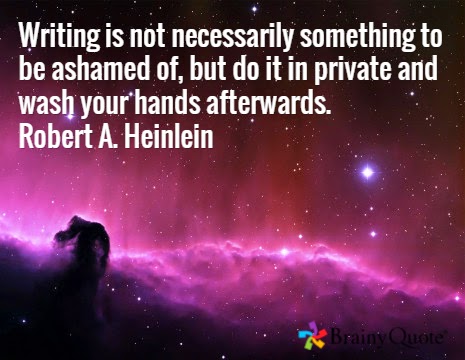 In the early 2000s, blogging provided evidence of the Internet's democratization of news, information, and opinion sharing.  The democratization (some might say shouting in an echo chamber) continues, although the plaforms have changed.  Miniblogging on Twitter, Facebook, and other social media sites have largely replaced the blog.
However, blogs remain alive and a valuable part of the Internet ecosystem, especially in the business sector.
More about blogging in subsequent posts.
What do you think?
Feel free to comment here.
Posted by Bob at 3:21 PM 1 comment: 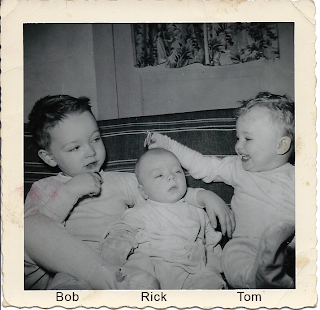 For me, 2011 brought the worst and the best that life has to offer.  To describe 2011 as a year of transition is to take understatement to an entirely new level.
The month of August begins to take on new meaning other than simply "beach week".  In 2010, August highlighted the final chapter of one story.  August 2011 brought an emergency visit to the cardiac cath lab, and an entirely separate healing of the heart - a most unexpected and welcome one - the opening chapter to another story, the one I hope ends with "and they lived happily ever after."
To all who have touched my life in ways large and small, I offer my thanks. I hope that you will look kindly on whatever small impact I may have had on your lives as well.
This young lad now on his 60th circuit around the Sun has been blessed (or "blessed") with a life that is never boring. I expect that will continue in 2012. As somebody once said, God does answer our prayers; He does not take requests.  The answers are often not what we expect. ANd they are most often not easy. But they are there for us.
Happy New Year to all my friends, family, associates, collegues, and random online game teammates.
May your 2012 be the best year ever.

(About the photo: Taken I think in 1955 around Christmas.  I was then and am now "the thinker", Tom was and is "the doer", and Rick learned to live life on his terms.  This is part of a huge cache of old photos I am scanning and preserving.)

Turns out that sentence has become music to my ears.
More on that at some future time.
Which leads me to the point of this post.  I'm giving the blog another go.
First, there's some tidying up to be done with the blog interface, as well as with my little addled brain.

Thanks to this blog for the inspiration.
Posted by Bob at 12:46 PM 1 comment:

That's the claim.
This is awesome on so many levels.

We interupt the silence for an urgent plea

The situation in Haiti is, well, nearly beyond words.
Two living saints from Pittsburgh are doing what they can to save the lives of a group of orphans and they need our help.

Ginny Montanez of That's Church is leading the effort to seek help for the BRESMA orphanage. Go visit and find out how you can help.
Posted by Bob at 4:47 PM No comments:

Bob
Johnstown, Pennsylvania, United States
Born and raised in Cambria County, I teach a variety of courses in the Business, Liberal Arts, and Media Production Departments at Pennsylvania Highlands Community College. Radio and television consumed my professional interest for a 3 decades from high school until the dawn of the new millennium. From 1979 through 1998 I helped build WJAC-TV’s nascent news operation into a modern electronic news gathering and production facility. In 1999 I sought new challenges, and two college degrees, as a researcher at Saint Francis University’s Center of Excellence for Remote and Medically Under-Served Areas. There,. I designed and tested advanced electronic classrooms both on the Saint Francis campus and at the U.S Defense Department’s Walter Reed Medical Center in Bethesda, Maryland. It was during this time I completed my undergrad and graduate degrees at Saint Francis. In 2012 I was briefly self-employed as a business consultant, and in 2013, took on my current role as Adjunct Instructor here at Pennsylvania Highlands Community College. I teach a variety of courses in the Business and Media Production Departments.